Pull out those cake sheet pans, I’ve got not one but three Halloween cakes for ya today. The first one is a deconstructed sheet cake, cut up into sweet, screaming mini monsters with buttercream frosting. The second Halloween cake is a googly-eye cake, using Oreos and Junior Mints for the monster’s peepers. The third cake is a mummy cake wrapped in delicious vanilla buttercream. Spook it up, and as always, enlist your little monsters for help in the kitchen. 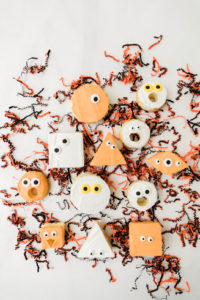 I’m just as crazed as the next mom, and I’m always looking for shortcuts. For all three of these cakes I’m releasing you from making the cake from scratch. Buy a boxed cake and put your energy into the decorating. Or, you can follow the vanilla cupcake recipe and buttercream frosting recipes by Jennifer Shea that I’ve reposted below. I first learned of Jennifer Shea on Craftsy. If you cupcakes, you should download her awesome “Perfect Cupcake” class.

Make your cake either from scratch or by box (no shame!). Tip: whichever way you go, use a foil disposable cake sheet for easy clean up. Whip up the buttercream frosting, and divide it in half, and add orange coloring to one half. After spreading the vanilla on half of the cake, and orange on the other half, you can go to work cutting out the shapes for the mini monsters. 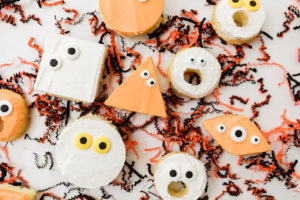 Add on the eyeballs anyway you like — both Wilton and Layer Cake Shop have awesome selections. 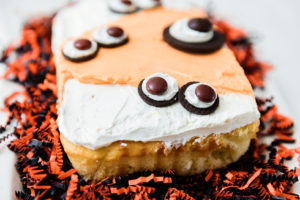 This cake couldn’t get easier, and so freakishly good with the use of store-bought candy and cookies. First, make the cake and the buttercream frosting. Split the frosting in halves, and add orange to one half. Apply the frosting so there are sections where the eyes can align. Have fun with it!

This mama loves the most classic of store-bought cookies: the Oreo. Split the cookie apart and score the cream just a bit so that the Junior Mints secure to the cookie. Oreos come in regular or mini sizes, and for a larger candy try Whoppers. 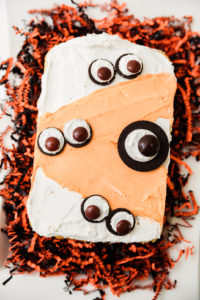 The kids will love decorating (and eating!) this guy. 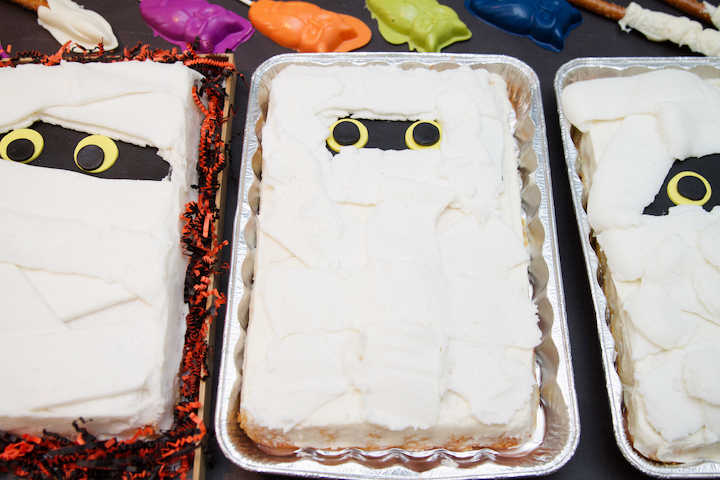 Speaking of kids, I hosted a Little Nerds workshop for a few local kiddos, and they made these cute mummy cakes. First, get that vanilla cake baked, and frost it with a layer of vanilla frosting.

Next, make the backdrop for the fondant eyes and black backdrop.  First, you roll out the fondant. You’ll need a knife or pizza cutter, and a fondant roller. Cut out the following shapes: black fondant in a rectangle for the mummy’s shadowy face, two yellow circles for eyeballs, and two smaller black circles for pupils. Place the black rectangle first, 1/4 of the way down the cake, and then place the yellow eyes, and then the black pupils.

For the mummy’s wrapping, fill a piping bag with frosting and apply Wilton tip #789. At the workshop I demonstrated to the Little Nerds how its best to use both hands; one as a guide that’s placed close to where the tip ends and the buttercream begins, and the other is at the top. We talked about layering around the eyes first in a diagonal position as this is the most difficult and ‘sets’ your mummy cake. 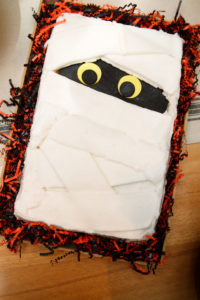 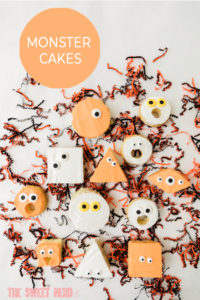 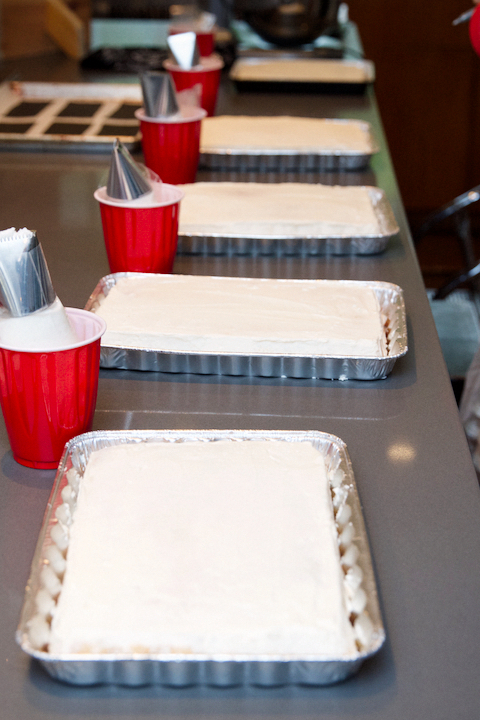 1Preheat the oven to 335 degrees F. Grease and line the cake tins. Using a stand mixer or electric hand mixer, beat the butter and sugar for 3-4 minutes or until the mixture is pale and fluffy. Add the beaten eggs a little at a time, beating after each addition until they’re well incorporated. If the mixture curdles, add a tablespoon of flour to bring it back together.

3Pour into cake tin. Bake in the oven for 35-40 minutes, or until a skewer inserted into the center of each cake comes out clean. Allow the cakes to cool for 10 minutes in the tin, then turn them out on to a wire rack to cool completely. 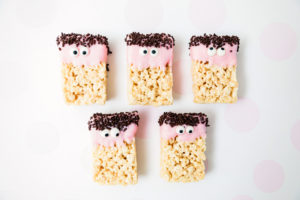 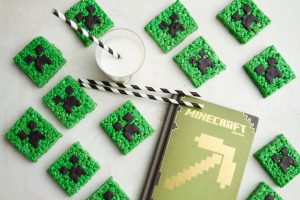 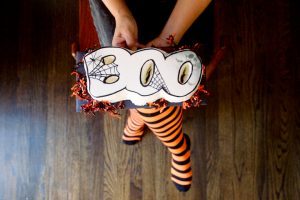 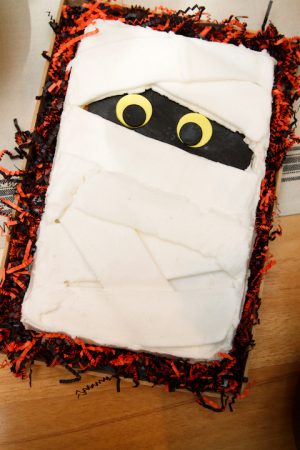