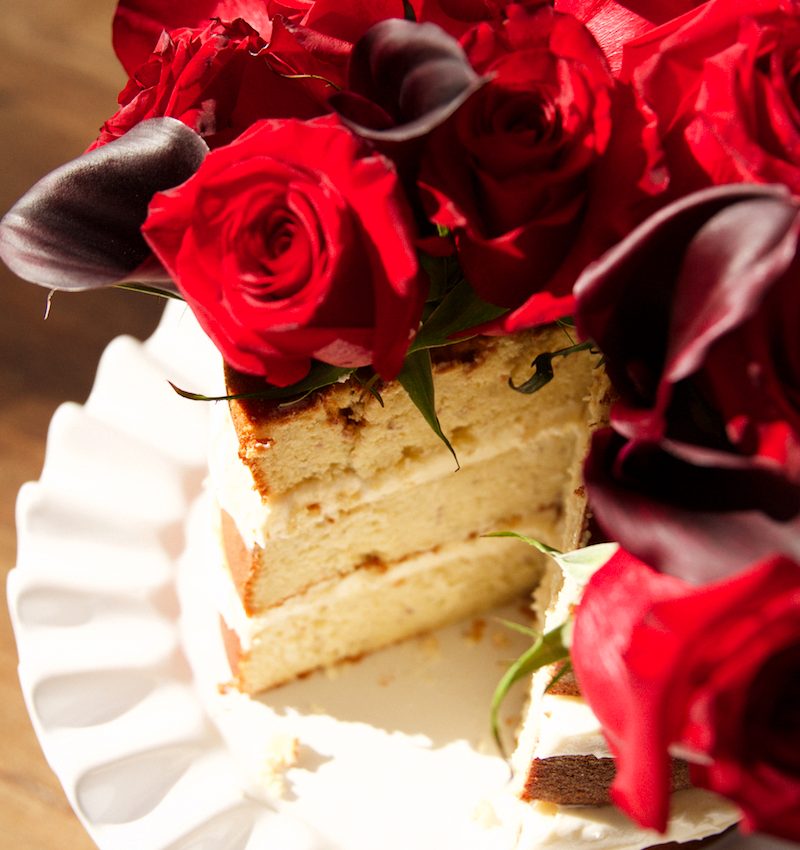 1Preheat the oven to 325 degrees Fahrenheit. Lightly grease an 8 inch round cake tin.

2Sift the flour, baking powder and salt into a large bowl and combine well with a hand-held whisk.

5Pour the batter into the prepared tin and bake for 20-30 minutes or until a skewer inserted into the center of the cake comes out clean. Let the cake stand in the tin for 10 minutes, then turn out and transfer to a wire rack to cool completely.

1Using an electric mixer, beat all the ingredients together for 3–5 minutes or until light and fluffy. Use it to fill or top the cake of your choice.

1Cut cake rounds to be smooth on top.

3Decorate with trimmed roses or flowers of your choice.