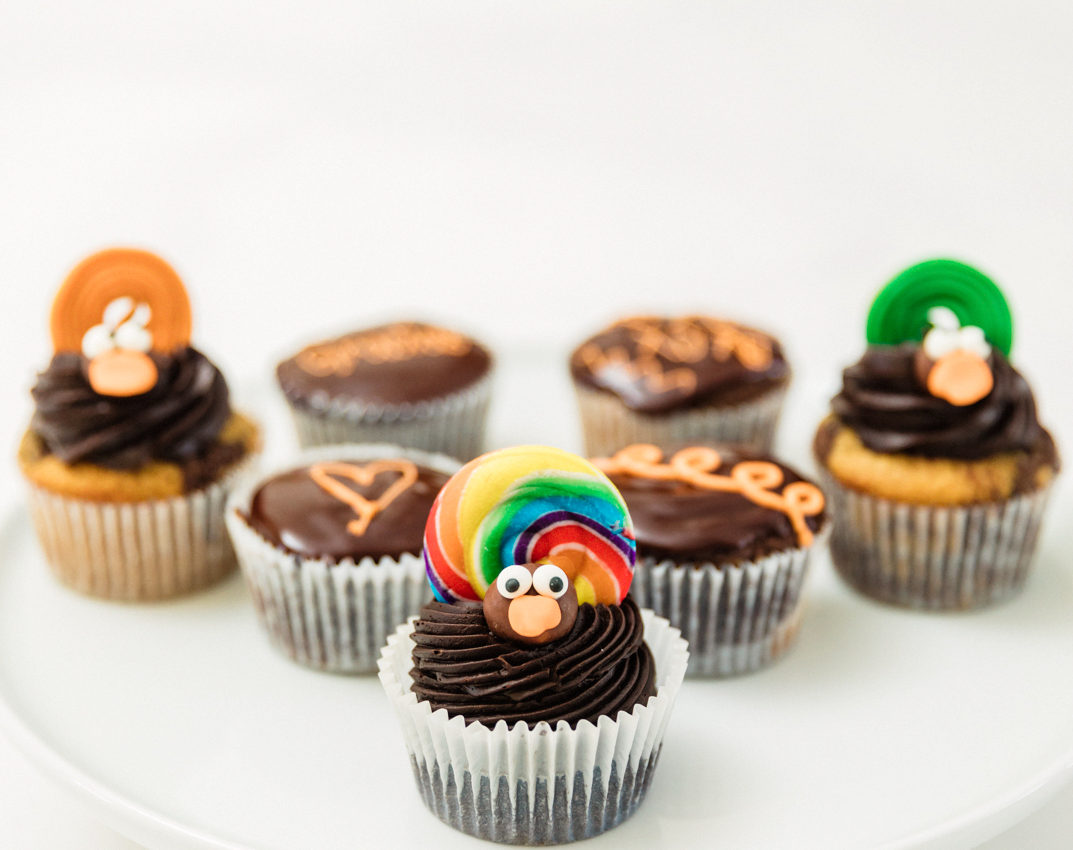 4In a separate bowl, combine the brown sugar and butter, beat together using an electric mixer until creamy, 1-2 minutes.

5Add in the eggs, one at a time, beating the mixture after each one.

6Add in the pumpkin puree and walnuts, mixing by hand with a spatula.

2In a larger mixing bowl, combine the butter and sugar, beat using an electric mixer until fluffy. Add in the eggs and vanilla, lightly beat.

3Add in the sour cream and melted chocolate, mix by hand using a spatula.

5Begin to add the batter into the pan, alternating between chocolate and peanut butter. Fill the cupcake liners almost completely full with batter.

6Place the pan in the middle of the oven and bake for 15-17 minutes or until a toothpick inserted in the center comes out clean.

7Allow the cupcakes to cool for about 3 minutes in the pan, then move them to a cooling rack.

8Allow the cupcakes to cool completely before adding the frosting.

1Put chocolate chips in a large heatproof bowl. In a small saucepan over medium heat, heat heavy cream until steaming and bubbles form around the edge. Pour over chocolate and let sit 5 minutes. Then whisk until completely melted and combined.

1With a handheld or stand mixer fitted with a paddle or whisk attachment, beat the butter on medium speed until creamy - about 2 minutes. Add confectioners' sugar, cocoa powder, heavy cream, salt, and vanilla extract. Beat on low speed for 30 seconds, then increase to high speed and beat for 2 full minutes.

4Decoration: Pinch off a piece of orange fondant and shape into a triangle for a nose. Ice cupcakes. Start by adding whopper candy as the head. Attach formed fondant nose to whopper candy with frosting. Next add the eyeballs on to the whopper candy and finish decorating off with adding the turkey body using a lollipop with the stick removed.