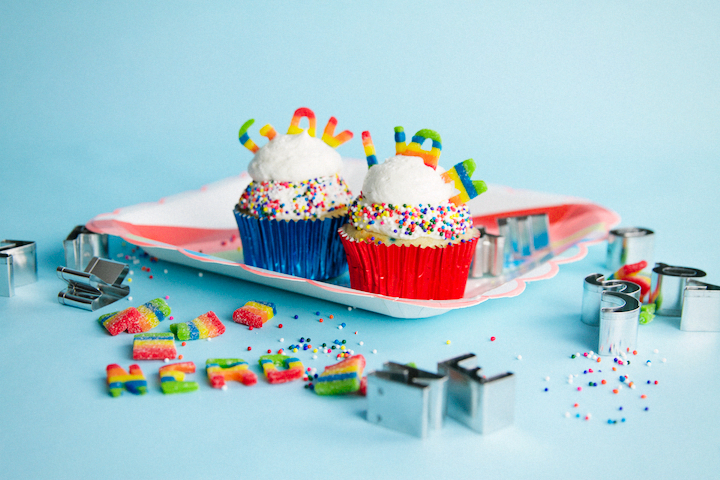 1Roll out Airhead Xtremes bites and cut the letters to spell out the desired word.

2For the first layer of frosting, squeeze the layer on top of the cupcake and roll in sprinkles. Add the second layer and squeeze. Add letters on top of frosted cupcake.

Banana Pie In A Jar