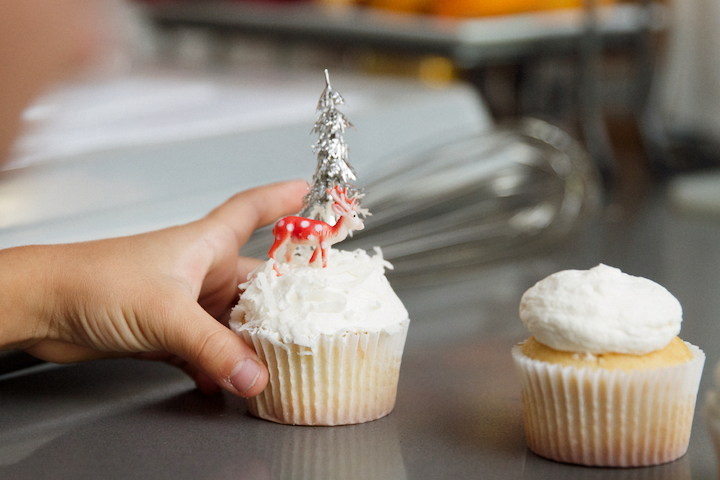 Toppers, such as reindeer or trees (Layer Cake Shop)

1Scoop or pipe a mound on top of the cupcake.

2Then flip over and dip into coconut until the top is covered. Dip lightly so you don't smash the shape of the frosting.

3Top with deer or xmas tree adornments and enjoy!