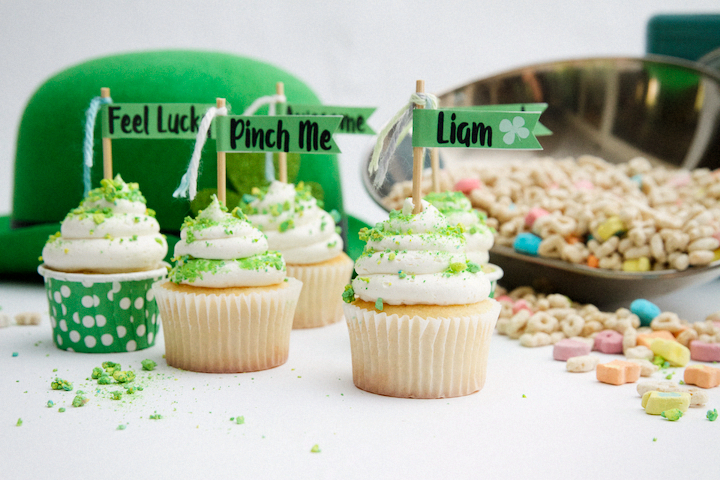 7Bake at 350 F. Bake until thin skewer or toothpick inserted in the center comes out clean, 10-12 minutes. Let cool completely before frosting.

2Add the sugar, about 1 cup at a time, until it is fully incorporated. Then add the next cup and incorporate again. Repeat until you have added all the sugar. (Be sure to scrape down the sides in between mixing). Add the vanilla and salt. Beat at low speed for 15 seconds until incorporated. Finally, whip (on medium to high speed) for about 4-5 minutes until light and fluffy.

1Scoop out the inside of the cupcake so you create a 'well' for your surprise inside, and in this case some lucky charms.

2Pipe or spoon your frosting atop the cupcake.

3Next, select a few of your favorite charms, crush, and sprinkle atop as a hint for some fun that is yet to come!