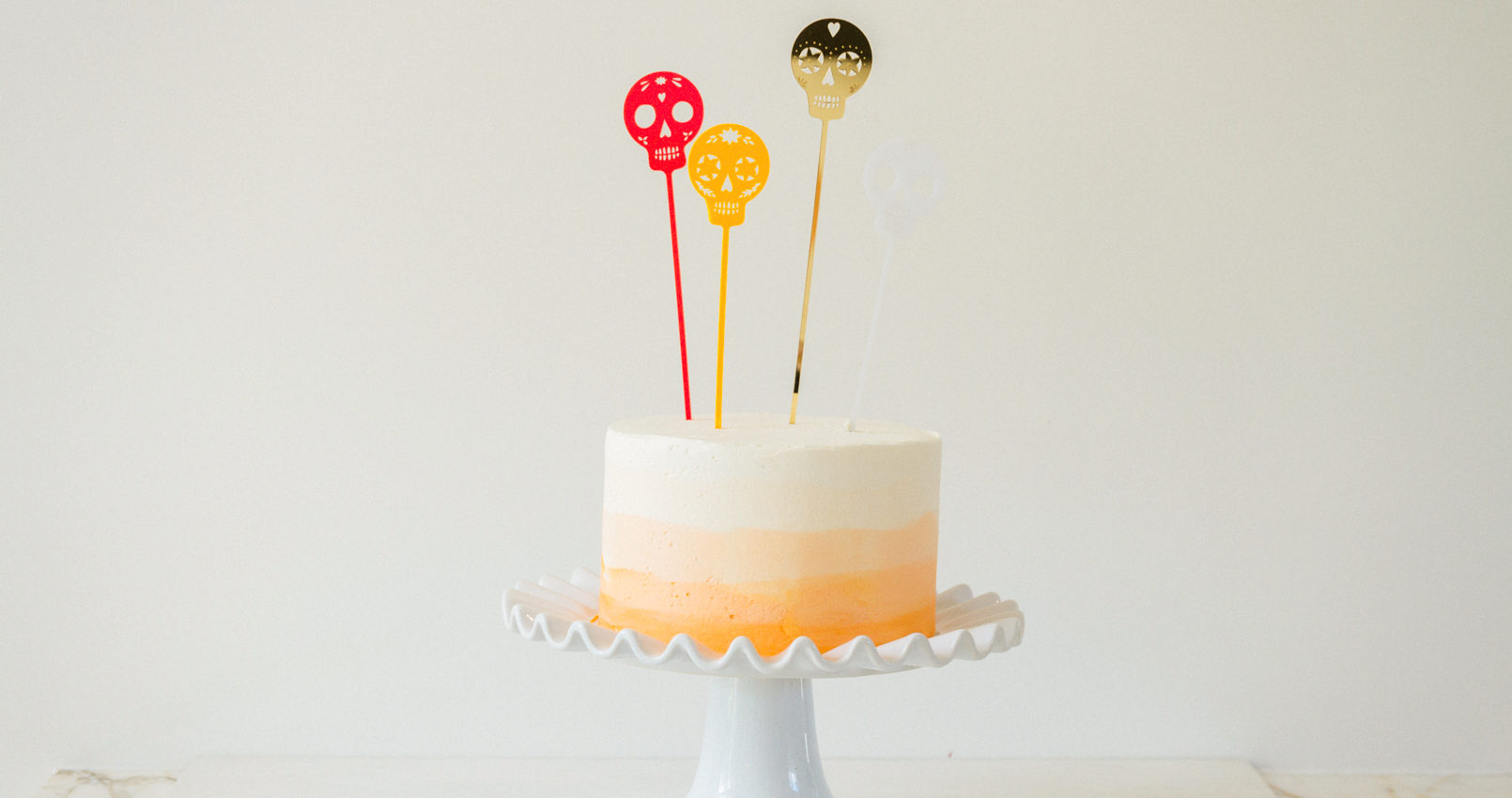 3Add drops of yellow food dye to the first one.

4Add drops of orange food dye to the second one.

5Leave the third one white.

6Bake as directed on box.

7Let cool then stack layers and filling of icing. Apply crumb coat of icing. Place in the fridge.

8Add another layer of frosting. Put back into fridge.

10Start at the bottom of the cake with the darkest color and spread icing.

11Continue to move up the cake as the colors get lighter putting each line of icing above the other.